Nyblade's primary research focus is in using seismic and other geophysical methods to address problems in continental tectonics (rifting, volcanism, plateau uplift, mountain building, basin formation), as well as in the structure, composition and evolution of continental crust and upper mantle. He also uses geophysical methods to investigate the structure of the Critical Zone. He has worked extensively in Africa and Antarctica, and to a lesser degree in eastern North America.

Nyblade joined the Penn State faculty in 1994 after completing a National Science Foundation postdoctoral fellowship at Penn State. He is a founder and co-Director of AfricaArray, and also serves a co-Director of the Marcellus Center for Outreach and Research (MCOR) and Director of the Pennsylvania State Seismic Network (PASEIS). He is the recipient of many honors and awards. At Penn State he has received the President’s Award for Excellence in Academic Integration, the Diversity Recognition Award, and the Wilson Award for Outstanding Service from the College of Earth and Mineral Sciences. He is a Fellow of the American Geophysical Union, and is also the recipient of the Paul G. Silver Award for Outstanding Scientific Service from the American Geophysical Union. 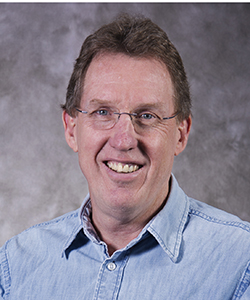