Mark Patzkowsky joined the faculty of the Department of Geosciences at Penn State in 1992.  His research addresses a wide range of questions concerning the biotic responses to regional and global environmental change across geologic time.  Currently he seeks to link paleoecology with phylogenetics to understand the ecological and evolutionary consequences of diversification and mass extinction. Mark teaches a variety of courses in the undergraduate and graduate curriculums on the history of life, principles of paleontology, multivariate analysis in geosciences, and field stratigraphy. Mark has served on several editorial boards and he is currently Editor-in-Chief of Paleobiology.  He served as Treasurer of the Paleontological Society from 2002-2008.  In 2011, he received the Distinguished Service Award from the Paleontological Society. Mark was elected a Fellow of the Paleontological Society in 2014 and a Fellow of the Geological Society of America in 2019. 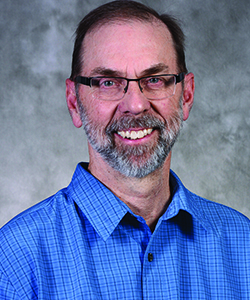