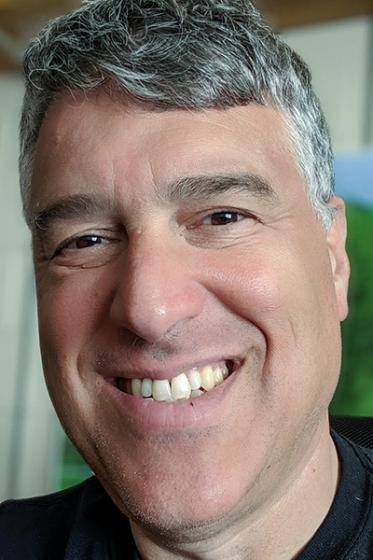 Fossil plants tell the story of our green planet’s evolution and reveal its landscapes from deep time to present. They are also extremely sensitive indicators of past climates, plant-insect interactions, biodiversity, and the effects of significant environmental disturbances. These data provide deep-time analogs that uniquely illuminate modern ecosystems and their possible responses to anthropogenic change. My temporal focus is the latest Cretaceous through middle Eocene, ~67-45 million years ago (Ma), an interval characterized by global disturbances that are closely spaced in geologic time. These include latest Cretaceous warming and cooling (68-66 Ma), the end-Cretaceous mass extinction (66 Ma), ensuing recovery during the Paleocene (66-56 Ma), and both abrupt and long-term warming across the Paleocene-Eocene boundary (56 Ma). I enjoy collaborations with numerous colleagues worldwide and a terrific lab group, with whom I do extensive fieldwork, concentrated currently in Patagonia, Argentina, and increasingly in SE Asia. Here are highlights of two current projects, and more are listed here.

Origins of Southeast Asian Rainforests from Paleobotany and Machine Learning

This cutting-edge NSF project is underway in collaboration with Dr. Thomas Serre’s machine-learning lab at Brown, Dr. Maria Gandolfo’s paleobotany lab at Cornell, and numerous collaborators at MEF in Argentina and in several more countries including China, India, Australia, Vietnam, Indonesia, and Brunei. We aim to develop the powerful tools of machine learning to identify fossil leaves and shed a powerful new light on the evolution of SE Asia’s extremely biodiverse and threatened rainforests. We are making and using extensive fossil collections from SE Asia and diverse areas that have contributed to the flora through plate movements over geologic time.

The fossil record of life on land predominantly comes from the Northern Hemisphere. However, the outstandingly rich, relatively little-known fossil beds of Patagonia, southern Argentina, provide an unrivaled opportunity to learn whether life responded differently to mass extinction, plate tectonics, and past climate change on the other side of the world. This multinational NSF project intensively samples and analyzes fossil plants and animals from Patagonia through about 20 million years, from just before the end-Cretaceous dinosaur extinction (66 million years ago), through the early recovery period and the Eocene warming interval. Through groundbreaking field discoveries, comprehensive collections, and state-of-the-art lab techniques, this research is transforming understanding of the origins of the Southern Hemisphere’s floras and biomes, the role of Patagonia, and the legacy of surviving living fossils now located in vulnerable rainforest areas as far away as Southeast Asia (see above). A Google Scholar page lists our >135 publications.

After an eclectic and non-geological undergrad career (B.A. Penn 1985), I spent three years teaching junior high school in New Jersey and then four years freelancing with my guitars in West Philly. I discovered geology and then paleobotany at the early age of 29 and have never looked back. I somehow moved from the street, almost literally, onto the doctoral track in Penn Geology and defended in 1998. Most of my thesis research was done in residence at the Smithsonian, on megafloral and paleoclimatic change across the Paleocene-Eocene boundary in southern Wyoming. During this time and in an ensuing Smithsonian postdoc, I began developing two major subsequent themes of my research: the fossil history of plant-insect associations and the unbelievable riches of Patagonian fossil floras. I spent three terrific years at Michigan, 1999-2002, as a Michigan Fellow and happily joined the Penn State Geosciences faculty in 2002, where I have been developing these and several other wonderful research projects with my students and colleagues all over the world.